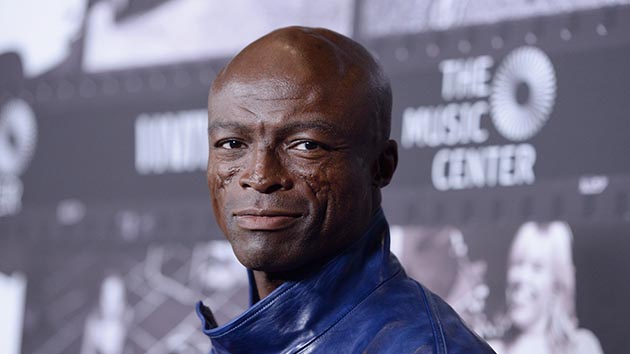 Seal revealed his parents weren’t the people who pushed him to become a singer — it was one of his teachers.

Speaking on his Think About It podcast, the “Kiss from a Rose” singer opened up about the teacher, who’s one of his “champions and pivotal figures,” as the person who helped him realize he could sing.

“The person that really started it for me … that made a difference, was a teacher named Mr. Ren,” Seal recalled.

Seal said he attended a school that served low-income, blue-collar families. “I wasn’t very good academically and, like most of the people in my class … [I thought] we were never going to amount to anything,” he said.

“[Mr. Ren] was the one that saw me, and saw something in me and encouraged me to sing,” the Grammy winner said. “The first time I sung publicly was in front of him. I guess I started singing because I idolized him.”

Seal said Mr. Ren pushed him further by putting him onstage “in front of the parents and teachers” at the end- of-the-year celebration. The young singer was understandably nervous and “froze.”

“I’ll emphasize that my parents had never heard me sing. They didn’t even know I could sing,” added Seal, adding he was supposed to sing an a cappella version of Johnny Nash‘s “I Can See Clearly Now.”

“I remember being so afraid, and closing my eyes and getting through this song, and being lost in it and finishing it. And it was like one of those scenes in the movie where you could hear a pin drop,” said Seal.

Seal said he “never forgot that feeling” when the audience erupted into cheers, and he eventually pursued a singing career — because, as he said, Mr. Ren “believed in me.”